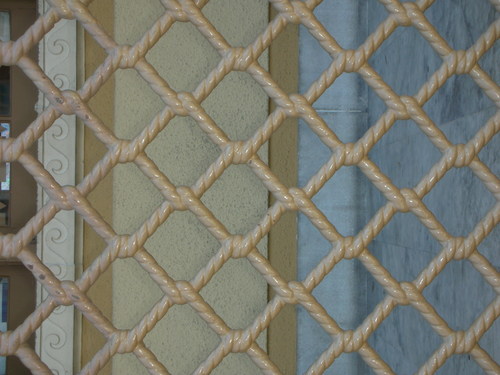 For generations, weavers have experimented with the unique graphic potential of building by units within the framework of a grid. In the Grammar of Ornament (originally publishedin 1856), nineteenth-century architect and designer Own Jones hypothesizes that weaving played a central role in the cognitive development of humans and shaped the "first notions of symmetry." These mathematical structures simultaneously shaped structure and materialized on the surface as flat pattern--each a visual code of how the threads were assembled. Fiber construction developed into more than a technology; it became the fertile matrix for an entire aesthetic tradition--the geometric aesthetic, the indigenous language of textiles.
READ MORE